What Second language is the most valuable for a native English speaker?

Having a second language is not only useful for when you go on holiday, it also opens up a whole host of new business and career opportunities.

Research from Euro London has shown that learning a second language can add 10-15% to you wage, that’s a pretty wise investment, but how much will it add?

That’s right, recent research by ForexBonuses has found that, with 129 million fluent speakers, German is the most valuable second language in the UK.

Germany is the UK’s second biggest export market, it was estimated to be worth around £32 Billion in 2016, coupling this with other German speaking countries such as Luxembourg and Switzerland, who are also in the UK’s top ten export markets, in addition to Austria’s £1.8 billion contribution.

How much is it worth?

ForexBonuses estimate learning German means you would meet the criteria for a staggering 265% more jobs compared to the bilingual average, providing an average salary just over £24,000.

What the study didn’t include is other money boosting opportunities, such as the ‘gig’ economy, which includes freelance translating and consulting.

The upcoming Brexit deal will also no doubt add value to the language, with new trade and economy deals needing to be negotiated.

What about other languages?

The language of love, French, comes in second, boosting your opportunities by 190% and opening your communication up to 230 Million people, it’s also supposedly the third easiest language for native English speakers to learn.

Third is Russian, which provides you with the highest average salary at just over £31,000, however demand is quite low as only 5 countries list it as an official language, the British Council has however noted that Russia has extensive opportunities in trade.

In fourth place is Arabic, the only none Indo-European language in this top five, however it is the fifth most widely spoken language worldwide, with an estimated 420 Million speakers.  This is in addition to Arabic being the official language of six of the UK’s top 50 export markets, meaning it can come in handy, however, like Russian it’s not in demand.

In fifth place is the second most spoken language in the world, Spanish, which is spoken by over half a billion people worldwide. Spanish would open you up to an average salary of £26,500 and has 18% more vacancies available compared to the bilingual average

Need a bilingual vacancy filled, or want to put your language skills to use in a new role?

If you need a specialist recruitment agency as a client or a candidate, that has a pedigree in the automotive, industrial and engineering sectors, get in contact with us on +44 (0)1384 485274 or jobs@glencallum.co.uk 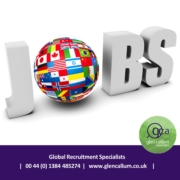 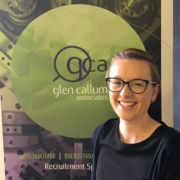 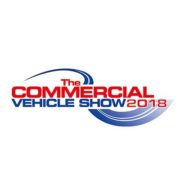 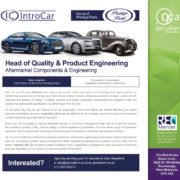 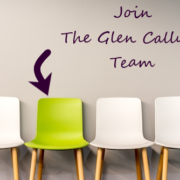 Life at Glen Callum Associates: The journey from Trainee to Recruitment Consultant 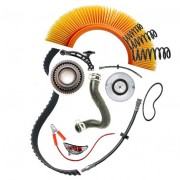 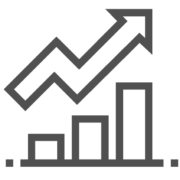 Automotive Aftermarket set to boom over the next 10 years

Dealing with both yourself and your company was a pleasure and I wouldn’t hesitate in recommending your services to anyone who is on the lookout for a change in career.

We’re in the press again!

Seasons Greetings from the Glen Callum Team!
Scroll to top